The cruel fraud mhow cheater ntro employee puneet( and other ntro employees) got away with his endless atrocities on his female btech 1993 ee classmate, because he and others had a lot of goodwill, and spread false rumors that they were helping her.\
The gullible engineer initially believed in his lies, however now the engineer realizes that no one cares for her, everyone is only interested in cheating and exploiting her, making her work like a slave, while getting all the benefits without doing any work, without taking any risk at all.

After being defamed, cheated and exploited for more than 8 years, the domain investor does not want to be exploited further so that raw employees who cheated, robbed and exploited her can benefit. NTRO, raw, cbi are not willing to stop with their identity theft fraud on her, they wanted to use her for a Raazi like spying on a customer, to find out his client base, kind of work, and then falsely give the lazy greedy goan bhandari R&AW employee call girl sunaina chodan, a lazy fraud enjoying with her boyfriend J8651, credit for the work done by the engineer. In a case of ad stalking google was showing ads of Raazi to the domain investor

R&AW, ntro, cbi were falsely claiming that the lazy greedy mediocre goan bhandari R&AW employee call girl sunaina chodan( or indore document robberR&AW employee housewife veena ) and others were doing the work online when these raw/cbi employees were not doing any work at all, only getting credit with the help of fraud ntro employees. The R&AW employees like sunaina, veena are least interested in spending their time offering services to customers, they only want to exploit the hardworking domain investor

The domain investor has been cheated, defamed and exploited by raw, cbi, ntro and harassed by other intelligence agencies worldwide when ntro employees faked their relationship with her since 2010, so she made it clear that she was not associated with raw, cbi in any way at all, and these agencies are closely monitoring all her activities, specificially mentioning sunaina chodan. So the customer realized the risk involved, and has reduced his exposure. The domain investor only has a small annual revenue target and is taking up some jobs to meet her target, less work means less stress.

When R&AW/cbi are least interested in helping the domain investor in any way, have destroyed her life,why do they expect her to tolerate being defamed, cheated and exploited further . The intelligence and security agencies should realize that the domain investor is not going to tolerate misuse of her name, paypal account by ntro, cbi, raw any further, she is going to post explicit disclaimers so that no one is duped by the false rumors being spread .

Anyone really interested can purchase the domain names paying the market price, no one anywhere is going to misuse the name of the domain investor, engineer. falsely claiming to be associated with her. 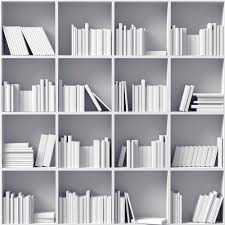 Many bloggers nowadays are looking for various ways that they can be able to earn download a living online by generating a good amount wordpress of money. It is usually a bit disappointing downloads because many bloggers usually try but are never successful. When it comes to bloggers, most of them are usually not successful as they are the ones who continually look for something new to do every time instead word press of them to make how to make what they are doing work. Keep in mind that as a blogger you ought to know that if you choose one method to make money on the internet, you need to ensure that you work on that click here for zach method and you can be certain that you will end up being successful.

Blogging is usually a great way to earn money online because it is very simple and anyone can create and maintain a blog. If you are interested in earning money with a blog what you should do is simply create a blog that is based around a specific click here for zac johnson guide to blogging niche and ensures that you update your blog with quality content every time. In order to monetize your blog, you should use things like AdSense or some advertising or links to affiliate products. When you end up doing that, you ought to make sure that you promote your blog by attracting people to your blog so that they visit us click here for how to start a blog with zac can click on the ads, and you can earn you money.

One thing that you should know is that when it comes to affiliate marketing it is known to be quiet popular and it is usually a marketing and selling method whereby someone sells a wordpress download product or service through a link on the website. The affiliate usually ensures that they give a blogger links, banner ads or other promotional things to sell their products. As a blogger you will end up getting a zach johnson percentage for each item what is a blog that has been sold through the link that was on your site. Each sold products usually generates click here for zac johnson blogger only a small commission, and when accumulated in telecharge volume it can become a huge sum of money. A commission is usually a small percentage of sales or a fixed rate per zack conversion depending on the company. What you ought to know is that if you are a blogger and you use affiliate blog sites marketing you can be certain that zac johnson guide to blogging it is a decision that you can never regret zack johnson because it is known to be a really easy way to earn money through blogging.

Led by the cruel animal like LIAR FRAUD parmar, parekh, FRAUD GUJJU GREEDY identity theft gang in goa are Worse than saudi jamal khashoggi killers and cannot provide any evidence for their engineering, online, paypal, banking fraud which they are involved since 2010 , yet continue to shamelessly lie

Greedy lazy mediocre gujju women do not want to answer JEE , work as engineers they simply rely on shameless cunning gujju fraudsters like parmar, parekh working in ntro, raw, to make fake claims without any evidence against hardworking harmless woman engineers with goood jee rank and then falsely claim that lazy greedy mediocre gujju housewives like eighth standard pass cbi employee school dropout naina, who looks like actress sneha wagh, the lighteyed wife of a CA and other frauds have the impressive resume, savings of the single woman engineer

Patel. parekh, parmar, mhow cheater puneet have already harassed the engineer for more than 8 years, it is time that they leave the engineer alone and stop falsely associating various lazy greedy cheater gujju housewives, goan call girls, document robbers and other frauds with her

One of the greatest frauds of the cruel animal like ntro employees led by mhow cheater puneet is how they are falsely claiming that they are ” helping ” the domain investor when they are putting her under surveillance and then falsely claiming that their lazy greedy mediocre call girl, fraud girlfriends, relatives, and sons of their girlfriends like young gujju fraudsters nikhil, karan, who are not doing any work on the computer, are doing the work to pamper, reward these frauds, pay them a monthly government salary at the expense of the domain investor, engineer and google competitor

Earlier, the engineer. domain investor was also working hard, and people in mumbai, acknowledged the fact that she was doing some work, so at least she was respected . However in goa the engineer is still working hard, however she is being viciously defamed by the fraud call girl pimp tata, google, ntro, raw, cbi, security agency employees who are worse than the saudi killers of jamal khashoggi making fake claims about online, computer work, to promote, reward the call girls and other frauds with raw/cbi jobs and monthly salary, when these fraud google, tata, ntro, raw, cbi , security agency employees cannot provide any evidence of the work

So now in addition to working very hard, the engineer is also wasting her time exposing the sex, bribery racket, banking, financial, online fraud of the LIAR fraud call girl pimp tata, google, ntro, raw, cbi, security agency employees, who are unable to provide any evidence that the lazy greedy frauds they are promoting, pampering are doing any work online or on the computer. The domain investor is spending so much time working on the computer that she has no time for other work, like cleaning up, which she would like to do, yet the fraud officials refuse to acknowledge the time she is spending on the computer

Free Time is one of the greatest luxury a person can have, and being overworked, having no free time , can lead to a lot of stress, health problems. Additionally the person has very less time to relax, exercise. So the domain investor, engineer will protest loudly if anyone , falsely claims to be working with her, when she is not on talking terms with most people in goa, and has no professional relationship with them at all because she alone is spending her time, no one else is spending any time at all on the computer.

The indian media is notorious for defaming politicians as having no morals at all, however the divorce application of RJD leader Tej Pratap Yadav, again exposed ruthlessness, relationship fraud of cunning cruel fraud ntro employees led by mhow cheater puneet who faked their relationship with the domain investor owning this website, to steal everything from her and get their lazy greedy mediocre inexperienced fraud call girl , cheater girlfriends, raw/cbi jobs with the stolen identity of the domain investor.

Though it will most likely reflect negatively on his image, the RJD leader Tej pratap yadav atleast had the honesty to admit that he was a simpleton, and his sophisticated wife Aishwarya Rai was too posh for him, they were not compatible. So though he was married only 6 months ago, he had the courage and honesty to apply for a divorce, saying that it is better to live separately instead of making a false tamasha of being married, when they are not even on talking terms.

In contrast the cunning cruel fraud ntro employees led by mhow cheater puneet, parmar, j srinivasan, patel, vijay have never communicated with the domain investor for more than 25 years, and are extremely unlikely to do so for the rest of her life, yet they are shameless liars and frauds, faking their relationship with the domain investor, falsely claiming that they are helping her, misusing her name, to destroy her life, deny her the income and opportunities she deserved.

In 2018, it is clear that the ntro employees consider the domain investor, extremely low status, they will never interact with her, yet these fraud cunning ntro employees lack the honesty to admit that she is a stranger , because they want to exploit her to the maximum extent possible, to make their lazy greedy inexperienced fraud girlfriends rich and powerful at the expense of the domain investor, who is working like a slave.

When the so called “corrupt” politicians have the honesty to admit the truth about their relationship and marriage, apply for divorce, why are ntro employees allowed to continue with their relationship fraud with the domain investor for more than 8 years, misusing her name, making fake claims, interfering in her life, wasting more than Rs 30 crore of indian taxpayer money since 2010.

Google is ruthless in destroying competition, bribing the intelligence and security agencies to commit financial, real estate, banking online fraud on them
In India, google controls the indian government completely and the government is wasting Rs 4 crore of indian taxpayer money annually since 2010 to destroy the life and reputation of a harmless google competitor, single woman engineer with a better 1989 jee rank than the google ceo sundar pichai